The new Kelantan United 2021 home and away kits by Umbro sponsored by Al-Ikhsan. The Kelantan United home jersey mainly claret red and white for away jersey. What makes the concept interesting is the white and emerald green vertical stripe on the left side of the kit - it is closely inspired by the Olympique Lyonnais 2007 Home shirt.

The shirts feature the logo of new main sponsor Yakult and slogan in 'Jawi' text with translate 'Kelantan Melangkah Ke Hadapan' (Kelantan Moving Forward). Additionally, there is a subtle graphic print on the front of the jersey in a darker shade of claret red. The club Away jersey reverse color from the Home shirt. 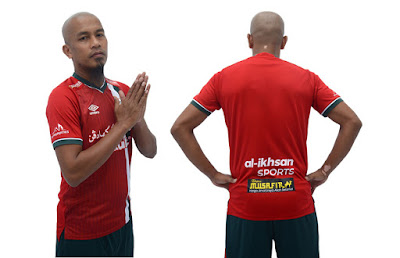 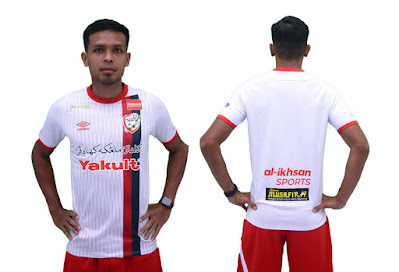 For references Kelantan United Football Club or Kelantan United based in Kota Bharu, Kelantan. New 2021 season, the club play in the second-tier division in Malaysian football, the Malaysia Premier League. 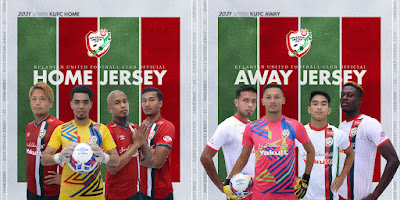 Posted by Azmie aka switch image at 5:24 PM