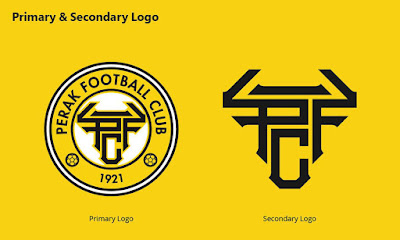 The new Perak TBG FC logo to be used as the official emblem in the Malaysia League competition starting in season 2021. This logo created by Hafiz Ismail from Kuala Kangsar was chosen by The Bos Gaurus fans, through online voting from the logo creation competition, after consulting the Sultan of Perak, Sultan Nazrin Muizzuddin Shah.

Previously on 30 January 2021, the top leadership of Perak FC has launched another logo to be used as the official emblem starting the season 2021. Perak FC introduced the new logo via Instagram Peraktbgmy with the concept'a new chapter begins, but the history remains'. However, it invited great criticism from Perak supporters who described the logo as not very prominent and did not have a team identity. 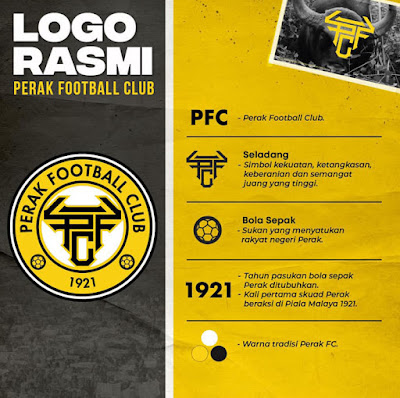 Detailing the meaning of the new Perak TBG FC logo:

Football - Sports that unite the people of Perak.

1921 - Perak football year was established and for the first time played in the 1921 Malaya Cup.

White, Yellow and Black - The color of Perak FC

Posted by Azmie aka switch image at 1:29 AM