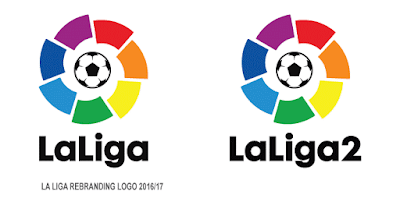 The day after the sponsorship deal with the banking group BBVA ends, La Liga is officially rebranding its top two divisions. La Liga and La Liga 2 will be the official names of the competitions from 1 July 2016. The banking institution has been a LaLiga partner since the 2006/07 season when the second tier was
rebranded as the Liga BBVA. Two years later, the sponsorship agreement was extended, with the top flight renamed the Liga BBVA, while Liga Adelante became the official name for the second division. These versions remained until the end of the 2015/16 campaign. 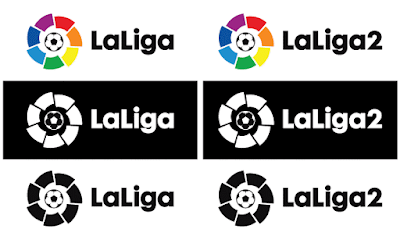 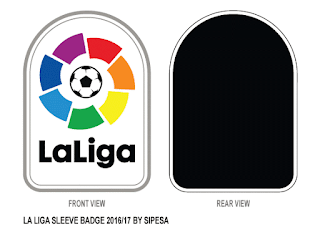 The new rebranding La Liga sleeve badge were revealed with the launch of the new Sevilla 2016/17 kit. The new La Liga sleeve patch features a round shape after the previous logo was almost completely angled. Apart from that, the logo is very similar to the previous one. It is not known yet if there will be a champions variant of the logo. These similar design logo will be also used for the 2nd divisions.

Posted by Azmie aka switch image at 8:08 PM