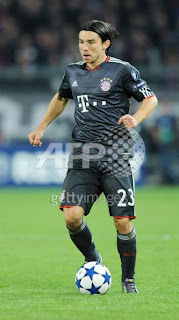 Bayern Munich and adidas new 2010/11 European and Third kit is mostly all black in colour, with silver watermarked pinstripes running down the body. There is red piping around the collar and ends of the sleeves. The club badge is on the left of the chest and the maker’s have their logo on the right and have three stripes running down the sleeves in white. The club sponsor has their logo in the centre of the shirt.
Like the adidas home and away Bayern Munich football shirts 10/11,
the Champions League version also features the woven initials ‘FCB’, commemorating the club’s 110th anniversary this year, and derived from Bayern’s founding charter from the year 1900. The shirt will be worn with black shorts. 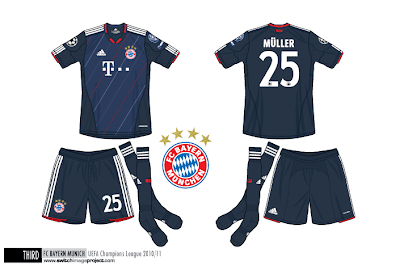 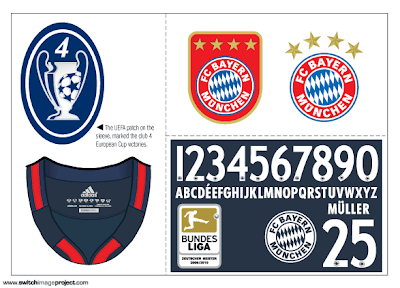 Posted by Azmie aka switch image at 6:57 AM

Hey could you please send me those graphics?

yeah me too, pls send me those great graphics to my email faruqmr@gmail.com

could you send this to me?

Great graphics as per usual. Could you please send me those graphics?

OMG!! I've been looking for those!!

Great graphics!!. Could you please send me those graphics? :)

please send me those fonts?

can you send me this font please!?
thank you very much!

Can you send me this font please?

Many Thanks for your great job.

very good job!!! can you send me this in: tsiappas@gmail.com ?