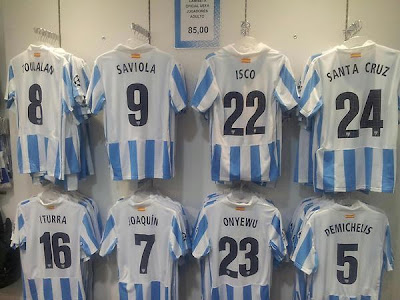 Spainish team Malaga CF kits have been made by Nike, who have extended their sponsorship with the club till 2014. Malaga’s new 12/13 home kit will be blue and white stripes as usual. The club’s new 2012/13 away kit is a black one, while the new MCF third shirt is light green. All three Malaga 2012-13 kits have the UNESCO logo on them as sponsors. 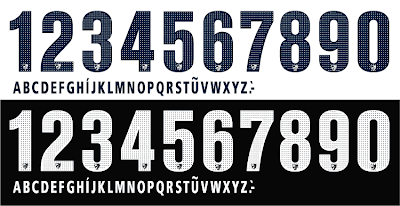 The first team will keep the famous Málaga colours.  The shirt, with traditional blue and white vertical stripes, will have a classic polo-neck style, with the inside, like the other new styles, adding to the legend of Málaga Club de Fútbol.  The back of the shirt will be predominantly white, with a new font used for the number and name of the players. The shorts and socks will remain white. The second team kit will be mainly black, with a silver detail.  The round-neck shirt is black with white detail on the shoulders.  One of the new additions to this shirt is the Málaga CF shield in grey and black.  The shorts are black with a white stripe down the sides, and the socks are black and white. Lastly, the third team kit consists of an electric green shirt, with a crew neck, and navy blue shorts and socks.
Posted by Azmie aka switch image at 9:09 AM 16 comments: Links to this post 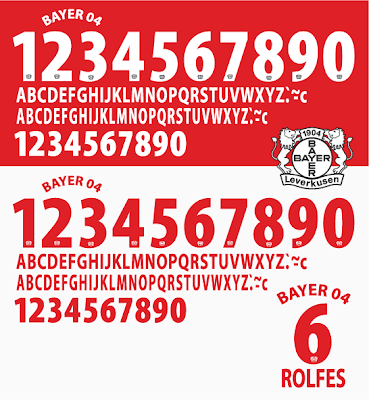 German Bundesliga outfit Bayer 04 Leverkusen’s kit numbers style for the 2012/13 season. The Leverkusen shirt 12/13 has been made by Adidas and was unveiled on April 26, 2012 with 3 ranges  strip, home, away and third. Sunpower are the principal sponsors of the new Bayer 04 jersey.

Posted by Azmie aka switch image at 8:59 PM 4 comments: Links to this post

I'm started to updated all my new and old kits collection template. For the last few days, I'm worked with all the Nike shorts vector (modify) that been used for the AFF Suzuki Cup 2012 kit graphic collection for the team such Singapore, Indonesia and Malaysia. I founded that few top international and club also were used these design as the shorts template. What I'm draw here the player version shorts template, that feature the glued T-type, mesh gusset and laser-cut ventilation holes (on back). 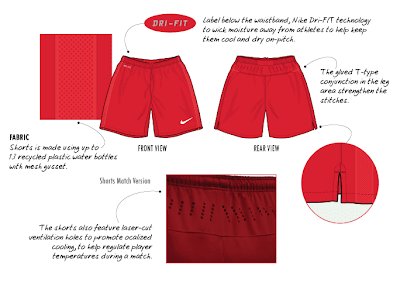 Posted by Azmie aka switch image at 6:53 AM 8 comments: Links to this post

One of the clubs I'm really impressed in the UEFA Champions League this season, FC Shakhtar Donetsk is a Ukrainian professional soccer club from the city of Donetsk. This was the club’s 7th Ukrainian Premier League title, all won in the new millenium. They won the last edition of the UEFA Cup in 2009, before the competition was rebranded to Europa League
The kits of the club are manufactured by Nike and sponsored by CKM and Hyundai ( on sleeves). The home kits same kits from the previous season. The shirt has a black crew neck collar, and the body is striped vertically in wide and narrow black stripes. The back of the shirt will be plain orange, and the complementary shorts will be black with an orange stripe on each side. The home socks will be orange with a black band and two black stripes. 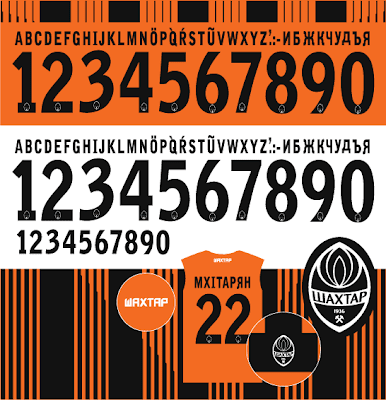 The away white base colour with an orange vertical stripe going down the left side of the body and with an orange band around the right sleeve. Additional Shakhtar team crest was worn on the base of the players number (on Back).
Posted by Azmie aka switch image at 5:00 AM No comments: Links to this post 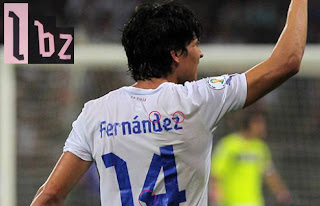 Just sharing, I've got mailed from my friend Simon-
"Apparently some lowercase have some differences. Is it because there is a gaffer for Europe and another for South America?Look at the letter D, has a diagonal, also in the letter Z, which has a diagonal cut in the top right, etc. You have this Gaffer? I send a picture."
From my view Gaffer text  European and South American exactly same, maybe not for the African Gaffer text, but if you all have any source please comment here. 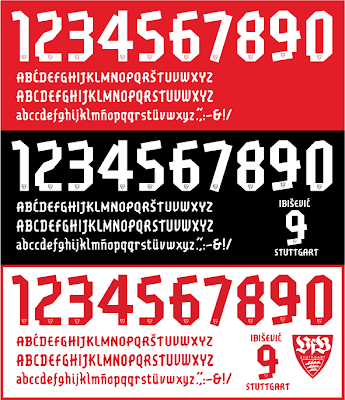 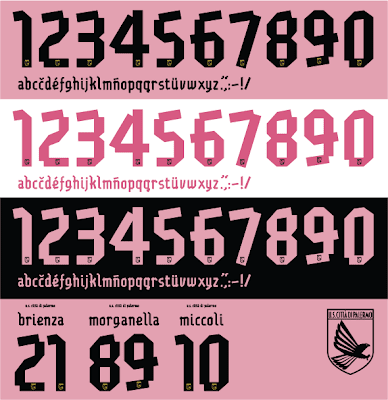 Palermo (Italian Serie A) 2012-13, small Gaffer text only were used on the shirts.
Posted by Azmie aka switch image at 6:35 PM 8 comments: Links to this post 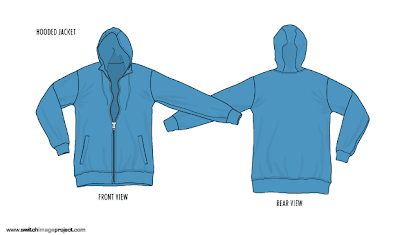 I'm add these Hooded training jacket  vector template on my collection.
Posted by Azmie aka switch image at 3:35 PM 1 comment: Links to this post 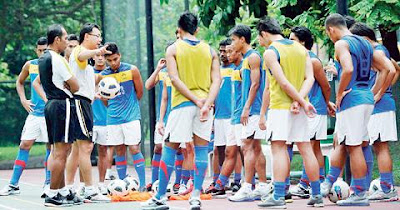 Something rare from me, Usually I'm not concentrate to worked on any training kits template..least under requested by client, but not on these case. Few worked progress for Malaysia national team kits collection, Malaysia sleeveless training top by Nike. 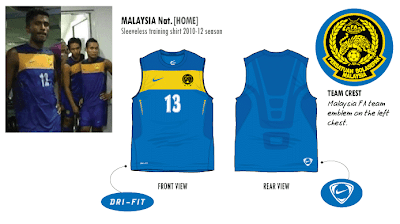 Posted by Azmie aka switch image at 8:12 PM 2 comments: Links to this post 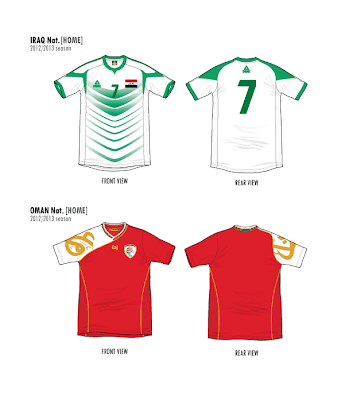 I'm still have few kits on progress, most of the kits team  for my e-book project..and here the kits I'm worked on these week, included Thailand, Malaysia training kits completed, ATM Malaysia and Terengganu 2001.
Posted by Azmie aka switch image at 6:30 PM 1 comment: Links to this post 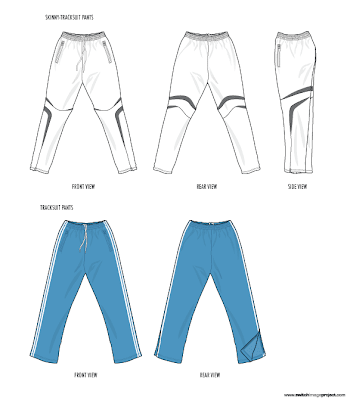 These two weeks I'm not on the right mood, because got to spent more time again to read and appeal policies regarding my Google adsense policy violation...... Maybe I should just concentrate on my e-book monthly project or setup another blog, another concept.
Anyway back on track, another template
Posted by Azmie aka switch image at 1:44 AM 2 comments: Links to this post 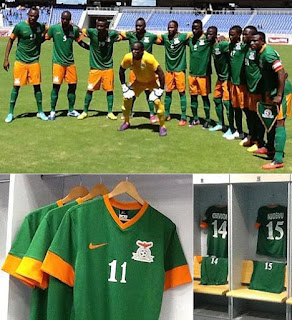 2012 African Cup of Nations defending champions Zambia unveiled their 2013 Africa Cup of Nations home kit made by Nike, will be first worn when Zambia 0-0
draw with Norway in an exhibition game on January 12, 2013. After the country adopted multiparty politics the side is nicknamed With nickname Chipolopolo
(the Copper bullets) as copper is one of the nation's main exports. The team has three Africa Cup of Nations final appearances to its credit. 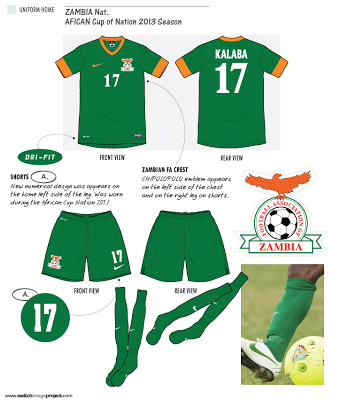 The new Chipolopolo (Copper Bullets) home uniform features the team’s traditional green shirt with an orange collar and on the end of the sleeves, along with orange shorts and green socks. Totally replaces the immensely popular jersey that had a tricoloured band on the sleeves. 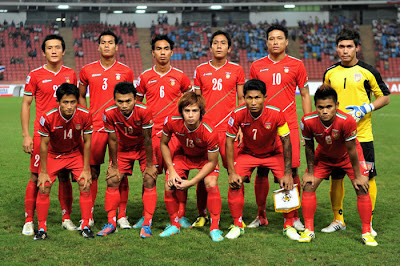 Myanmar national team were in group B with co-host thailand, Philippines and  Vietnam at the 2012 AFF Suzuki Cup
final tournament. Myanmar were the dominant side in South East-Asia in the 1960s and 1970s but have under-achieved in recent times. In their heyday, Myanmar were runners-up in
the 1968 Asian Cup, won the football gold medal at the Asian Games in 1966 and 1970 and beat all comers at the South East Asian Games on five successive occasions from 1965.

The new Vietnam shirt has been made by Lotto.The kit retains its predominantly red flavour with hints of green and white. 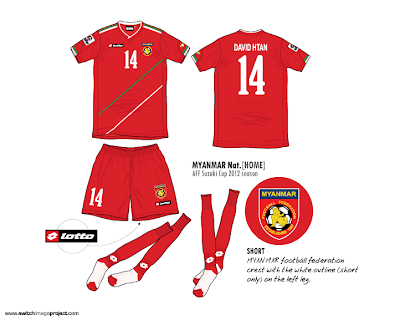 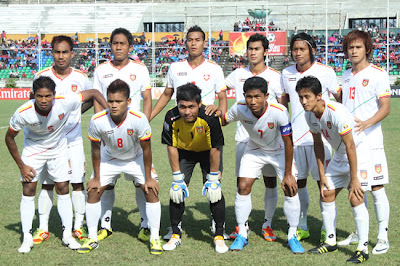 Vietnam away kits design featured the same styling as the home but in a different colour scheme. Additional featured the Myanmar national flag apply on the left sleeve both jersey. 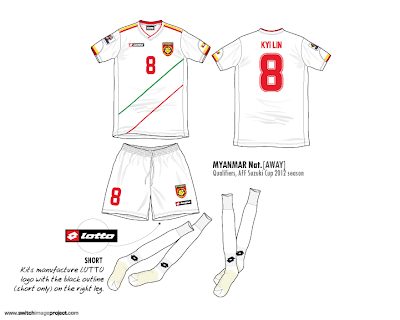 Posted by Azmie aka switch image at 9:44 PM 6 comments: Links to this post 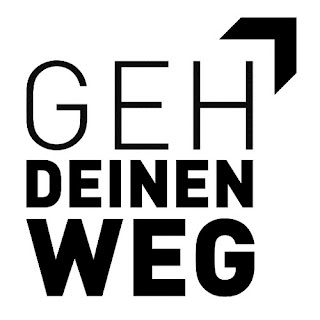 It was worn on the 3 match, all 18 Bundesliga clubs and their sponsors swapped their logos for the nationwide ‘Go Your Way’[ Geh’ Deinen Weg ] logo campaign started on Matchday 3. Integration is one of Germany’s most fundamental challenges for the future and there is no better example of active
integration than in football.

Integration is not an issue on the field; integration is part of the game. 20 years after the Pogrom in Solingen and German professional football’s immediate reaction with the “Mein Freund ist AuslÃ¤nder” (My friend is a foreigner) campaign, the Bundesliga on Thursday launched a new nationwide campaign. “Geh’ Deinen Weg” (Go Your Way) is the motto and, like in 1992, it replaced normal shirt advertising on the chests of every single player of all 18 Bundesliga clubs at the weekend. 16 million people with an immigration background currently live in Germany, yet it is becoming increasingly rare, for example, for young immigrants to successfully continue further education after school compared to young people without a history of immigration. Germany is a land of variety. Every person, from whatever background or religion, must be given a chance. The “Geh’ Deinen Weg” campaign is a call for equal opportunities and a peaceful co-existence. Furthermore, “Geh’ Deinen Weg” shows that we have already come a long way since 1992. It is no longer just about foreigners, but about ourselves as a community and about our common ways. It is about the chances that a pluri-ethnic Germany offers; chances for each individual, but also the chance allow every person to follow their own path and remain part of the community. It is a plea to Germany: Go Your Way – together! 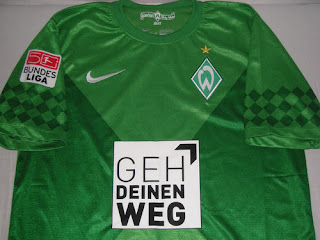 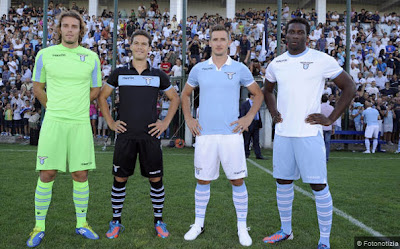 The new S.S. Lazio for season 2012-2013 have been presented at the Formello Training Center. Lazio home jersey does not betray the club tradition with its classic light blue colour, that Macron and S.S.Lazio have re-interpreted at best both on technical and style side, to enhance the sense of belonging. The Biancocelesti (White and sky blue) have signed a five-year technical sponsorship deal with Italy’s Macron following the expiration of its long-running deal with PUMA. 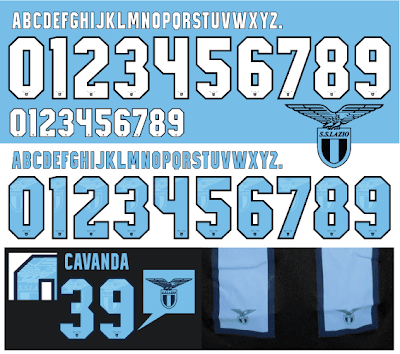 Posted by Azmie aka switch image at 9:50 AM 8 comments: Links to this post

Phan Thanh Hung, the current coach of high-flying Hanoi T&T in the
V-League, was in charge for Vietnam national football team for the AFF Suzuki Cup 2012. The Doi tuyen Viet nam (Team representing Vietnam)
strip still with Nike since January 1st 2009, VFF (Vietnam Football Federation) has signed a 5-year kit deal with Nike, right after the VFF ended its contract with Li Ning, a Chinese sportswear company. The US$5 million contract with Nike, will last five years until 2014. 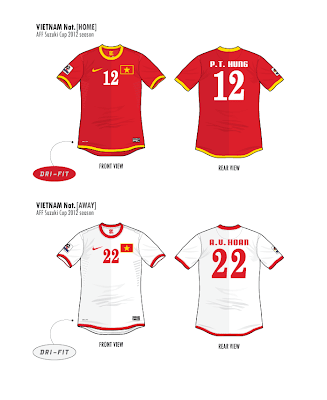 The shirt is in the traditional Vietnam red, the shirt is adorned with yellow prints at the top left and bottom right. These new kits design look similar as the Holland EURO 2012 home kits The new home
shorts are in traditional red, while the new home socks, now with improved cushioning for greater comfort, movement and protection, are also in red.
However the Vietnam home strip make no appearance in any AFF Suzuki 2012 match. 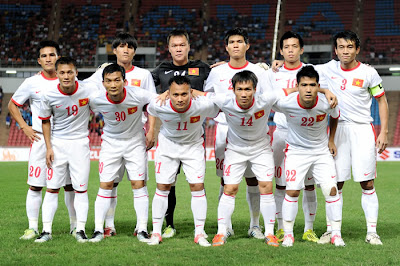 The Vietnam away white kit uses the
same design as the team’s predominantly red home uniform. The shirt is adorned with red prints at the top left and bottom right.

Posted by Azmie aka switch image at 6:19 PM 4 comments: Links to this post 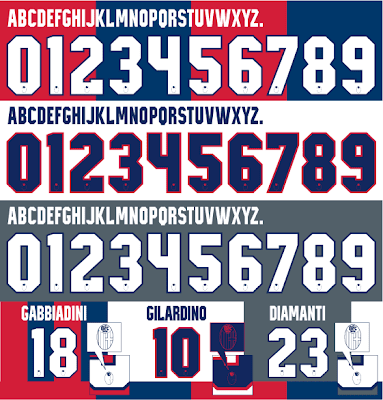 Bologna FC launched  its 2012/13 Macron home, away and third kits at the Parco Sportivo di Andalo. The new jerseys have been made by Macron,
who also supply kits to a number of other Italian clubs as Lazio, Napoli. The home shirt that does not betray the classic red and blue stripes and was produced in the model slim fit using a unique and comfortable and tear-resistant fabric that stays soft on athletes’ bodies.

The away shirt retains the traditional white and it is used the new technique “body fit”: a special stretch fabric (elastane filaments) that, by adhering to the body, allowing players to move freely by reducing friction, keeping the proper muscular pressure. Regarding the third shirt what’s new is the choice of colour anthracite that predominates on the standard colours red and blue that are only hinted at the top.

Posted by Azmie aka switch image at 4:30 AM 5 comments: Links to this post