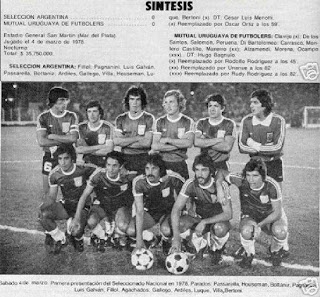 Argentina finally winning in 1978, for the first time in its history FIFA World Cup. Argentina did his debut as host and beating 2 -1 at Hungary, subsequently won 2-1 to France, then lost 1 - 0 with Italy but still make through Second round. In second round he won 2 - 0 to Poland, Draw 0 - 0 with Brazil and won 6 - 0 to Peru. The final against Netherlands, and win 3-1 after extra time.
I have posted the 4 version of Argentina home kits that was worn on FIFA World Cup 1978. Actually the team have released 6 version kits, included the away and third. However these Adidas classic 70's style team Argentina away and third strip made no appearance at the tournament. Argentina worn these two version for friendly match from 1978 to 1979, the team also change a bit to the crest design on the shirt after World Cup tournament. 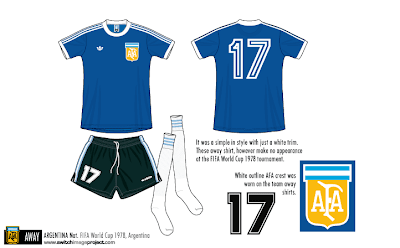 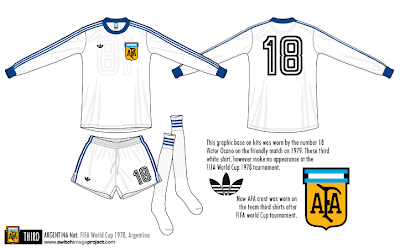 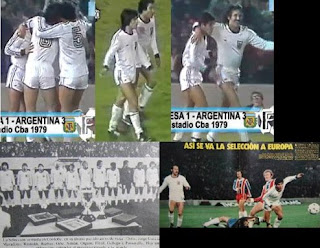 At with most kits of the time, the Argentina third kit design featured the same styling as the away but in a different colour scheme. White is a rarely AFA team colour and like the away outfit, this shirt also featured matching collar, trim and cuff in dark blue.
Posted by Azmie aka switch image at 5:58 AM