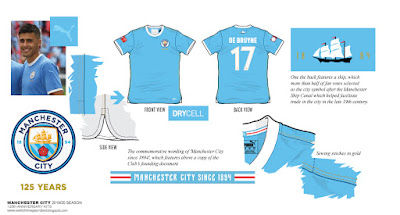 Part 1 the graphic, Manchester City special 125th anniversary jersey as worn for the FA Community Shield match against Liverpool at Wembley Stadium on August 4, 2019 in London, England. Made by Puma, the Manchester City 125th anniversary jersey introduces a very classic look in sky blue and white and has a simple white crew-neck collar and white sleeve cuffs. It doesn't feature a large Puma logo on chest and comes with the same '125 Years' detail below the crest that will also appear on the three 'regular' shirts. 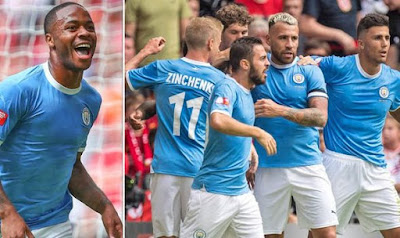 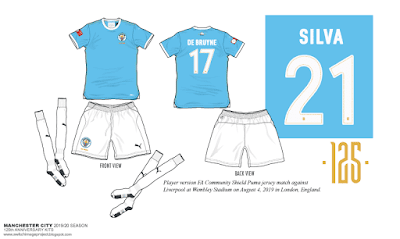 The inside of the neck contains has a copy of the club’s founding document a 'Certificate of Incorporation', signed by Joshua Parlby, who managed the club in the 1980s as St. Mark's (West Gorton), it became Ardwick Association Football Club in 1887 and reforming to the Manchester City in 1894, 125 years ago. They wore a sky blue shirt with white shorts and dark blue socks in their debut season against Bury on 1st September 1894, under the current name. 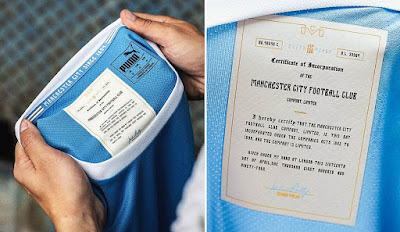 Posted by Azmie aka switch image at 6:51 PM