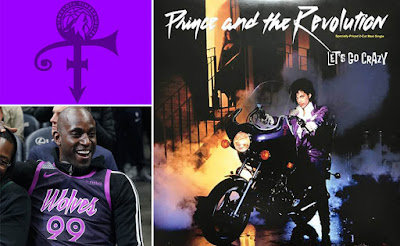 The Minnesota Timberwolves special City Edition jerseys honoring the late musical icon and Minnesota legend Prince, who died on April 21, 2016. The font used on the uniform also bears resemblance to Prince and The Revolution’s 1984 album (and the film) Purple Rain. The base color of the jersey is a dark plum, there’s a unique paisley leaf at the outer edge of the bottom of the shorts, just below the letters “MPLS,” which is meant to highlight “the well-known Minneapolis sound pioneered by Prince in the late 1970s. On the shoulder is a pattern meant to resemble the shiny spikes featured on the jacket Prince wore while performing in the movie Purple Rain. Nearly every detail of the ensemble is an ode to Minnesota’s man. 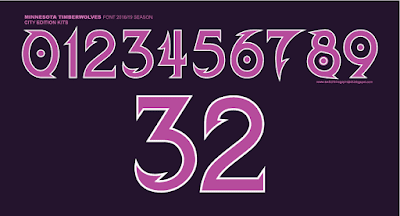 Posted by Azmie aka switch image at 5:06 AM